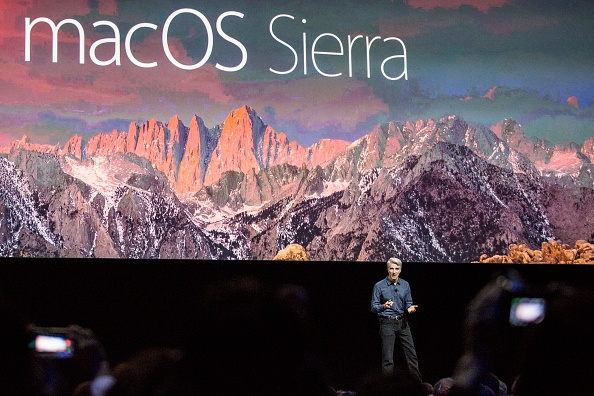 After iOS 10, Apple finally opened the official version of macOS Sierra last night. Users can download and update the Mac App Store. Since its debut at WWDC in June, macOS Sierra has experienced 8 beta tests, 2 GM previews, and 3 months of debugging and improvement during this period. In addition to abandoning the OS X family name that has been used for 15 years, macOS Sierra has also received a number of feature updates. Here, Lei Feng Network (search "Lei Feng Network" public number attention) for everyone to sort out as follows.

One of the most important improvements of macOS Sierra is the introduction of Siri Voice Assistant on iOS. By default, in the upper right corner of the Mac navigation bar, the user can just click Activate (or use the â€œCommand+Spaceâ€ shortcut) to command normal chat. Siri has done a lot of tedious operations such as "show me photos taken last week", "I want to see the manuscript written last week", "how much storage space is left on the hard drive", "What sports events are there tomorrow" and "Help I am silent and so on, including many functions such as file search, information inquiry and simple system setup.

More importantly, the user can also directly use the search results of Siri, for example, drag and drop the searched results into emails or documents to share with friends, or directly fix them to the notification center to look back when needed, etc. Wait. The picture shows the game information for the Siri New York Yankees.

If the user purchased the Apple Watch at the same time and logged in with the same Apple ID, then after upgrading to macOS Sierra, the Mac computer can be contactlessly unlocked through the Apple Watch. Users only need to check the option "Allow Apple Watch to unlock Mac" in the Mac security settings, and wear the watch on the wrist (not measured on the table), then it will be less than 1 second after opening the Mac screen. The computer can be unlocked automatically. 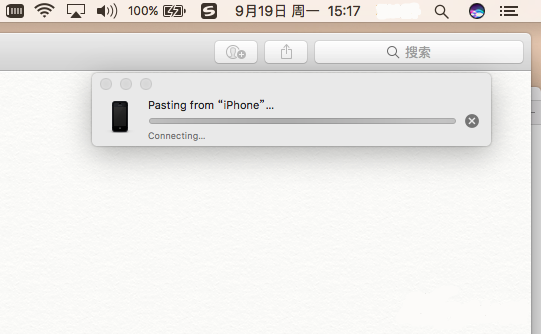 This feature is an extension of the continuity between iOS and macOS.

In addition to being able to synchronize information such as Notes notes and Safari browsing records, users who have updated macOS Sierra can now copy and copy text, audio and video directly between the two. Users simply log in to the same iCloud account and then perform a copy operation on one device, and then the file or text will automatically appear on the clipboard of another device.

It should be noted that this feature is similar to the AirDrop. It requires two devices to turn on Bluetooth and WiFi at the same time. It can also be used without an Internet network. But after all, it is the interconnection between two devices that will not be as smooth as the copy operations within the same device, so there will be significant delays when using this feature. In addition to the need to wait a little while copying text, if there is a slightly larger picture or video content, a progress bar will appear. 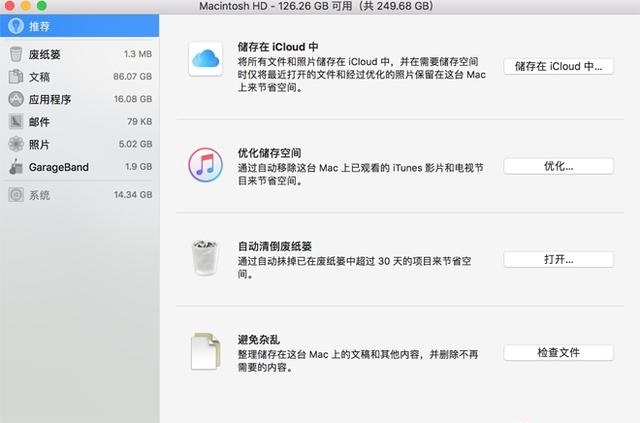 In addition to the universal clipboard, the deep integration of the macOS Sierra system and the cloud is also reflected in storage optimization. When the user's local hard disk space is less than 10GB, the storage optimization mechanism will automatically start, the system will automatically transfer files, photos, and videos that have not been accessed for a long time to the iCloud cloud, leaving only the most frequently accessed files locally. Save hard disk space.

In addition, users can also manually optimize the hard disk management, including the choice of which files to save in the cloud, delete junk files, clean up the trash, delete the iTunes movie cache that was seen, and so on.

Although the function is easy to use, the premise is that the iCloud cloud storage should be large enough. If you open all of Apple's default iCloud synchronization options, the default size of 5G is generally not enough for everyday use. 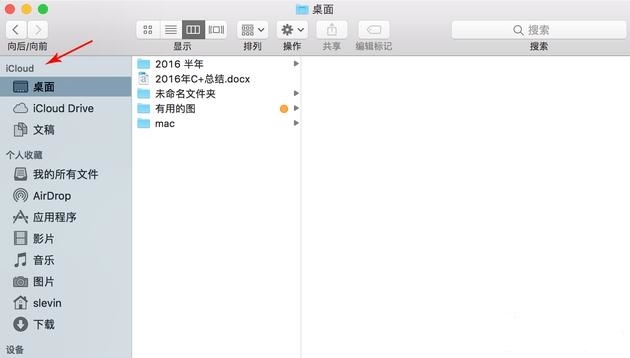 Users can now classify desktop folders and various document files into the synchronization category of iCloud Drive. As long as the relevant options are selected in the iCloud setting options, the files and some documents saved by the user on the desktop are automatically synchronized to iCloud, and then can be accessed synchronously on the iPhone and various other Apple devices. Even more critical is that even with a Windows computer, users can access files via web-based or iCloud clients.

Although it is only a small update, it makes iCloud Drive more practical, regardless of storage capacity and file sharing issues, users almost no longer need a variety of third-party network disk.

In this update of the macOS Sierra system, Apple also made many improvements to the Safari browser. 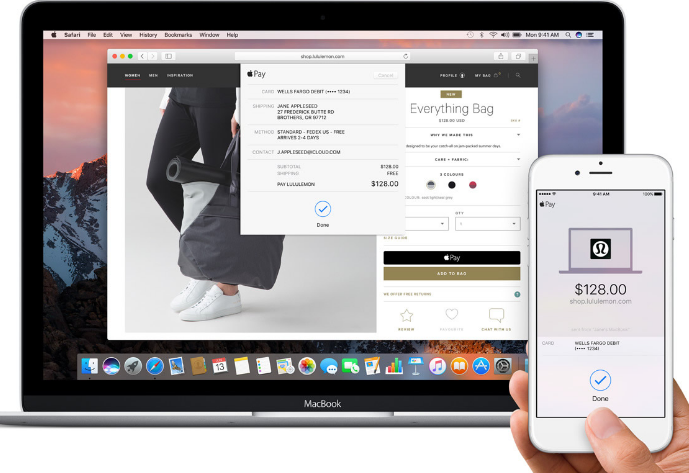 The first is the web version of Apple Pay. Users look for a product on an Apple-supported shopping site, click to purchase and use Apple Pay, and a verification window pops up on the iPhone, and then use Touch ID to pay.

It seems that Apple is trying to make Apple Pay appear in more payment scenarios. However, the current view of the shopping platform that supports this approach is still limited: it is mainly American small e-commerce companies that specialize in a specific area, such as Big Commerce, Shopify, Stripe, etc.

Another update is browser-in-picture with HTML5. This feature has already been implemented in various mobile browsers and is now finally being ported to Safari. On the supported page, the user simply clicks the button below the video to achieve the picture-in-picture and achieve the purpose of video and web browsing.

The above two improvements have one thing in common: not only does Apple macOS need to be updated, but it also needs the cooperation of third-party websites. The Apple Pay feature requires the e-commerce platform to access the open interface of the Safari browser. The picture-in-picture function requires the video site to use HTML5 playback instead of Flash. Therefore, it will take some time until the above two updates are popularized.

In addition to the system layer and the Safari browser, macOS Sierra has also upgraded the main applications of the Mac platform. 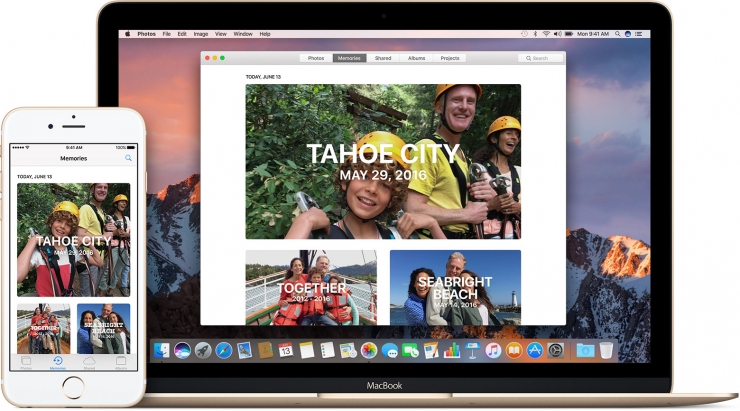 In terms of photo apps, Apple has added "memory" features similar to iOS 10 based on past features based on people and places. Users do not need to spend time to organize, just import the photos into the photo app, "memory" function can help you edit the photos in the same event into a photo album, through facial recognition, smart typesetting and other functions, allowing you to view the album after You can also feel the mood and atmosphere when taking photos.

In addition, users can now search the content of photos in the photo app. For example, if you enter the keyword â€œmountainâ€, the system will automatically display pictures containing mountains and rivers, and the search accuracy is quite good. Of course, if you are too lazy to do it, order Siri is the same, but the premise is that the photo will only be effective after importing the photo app.

The upgrade for iMessage is similar to iOS 10, where users can convert text to emoji expressions, and also add rich dynamic interaction effects, as well as expression stores. See the GIF above for details. 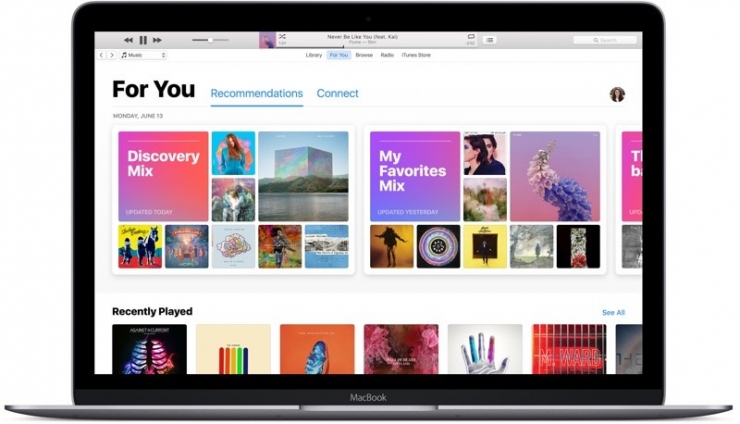 For Apple Music, Apple has made many changes since its launch in mainland China in September 2015. This time, in the macOS Sierra system, Apple has newly designed the appearance and layout of the App, and added lyrics display functions and personalized recommendations.

In addition to the above-mentioned notable big updates, the macOS Sierra system has also been improved in many small details.

For example, Tabs tab functionality extends from Safari and Finder to more system applications, such as mail apps, text editors, maps, and iWork components. These applications can now be split into tabs in the same window. 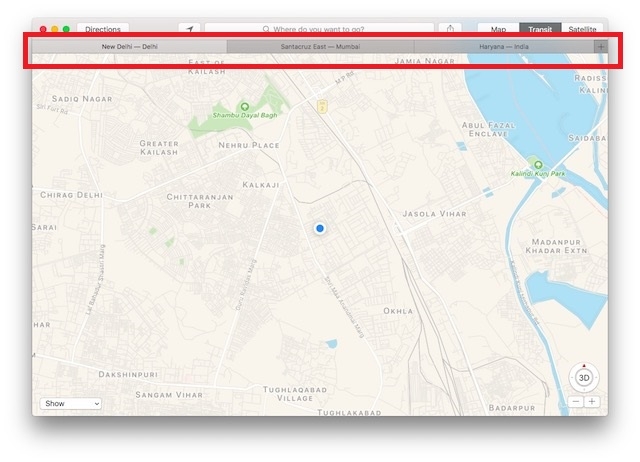 In addition, it is now possible to search the Mac App Store for the Safari browser extensions.

In general, this release of the official version of macOS Sierra is mainly aimed at cloud synchronization and collaboration between Apple's various platforms. The users are increasingly inseparable from the iCloud cloud, and are increasingly inseparable from the Mac. Other Apple devices, such as Apple Watch and iPhone. One message that Apple wants to convey is that it is not enough to just buy a Mac. Only by purchasing a larger iCloud cloud storage space at the same time, and an iPhone and an Apple Watch, can you really realize what an integrated Apple service is and vice versa. You just bought an ordinary computer, or an ordinary mobile phone.

iPhone 7 Plus dismantling: where is the headphone jack?