: LG previously announced that 2017 will be the first year of LG appliance networking, so LG also exhibited a series of SmartHome products at this year's CES, which will continue to lead the trend of smart home appliances market.

As many brands have entered the stadium of the Internet of Things in recent years, the demand for IoT related to home devices will also increase. 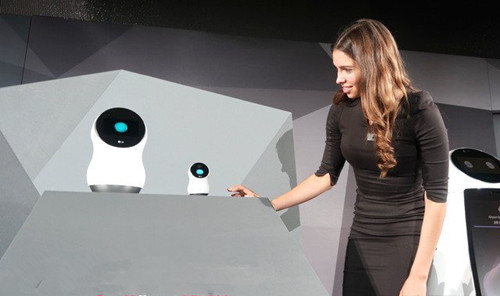 Due to the attractive business opportunities of the Internet of Things, it is estimated that the entire industry will see 1.3 trillion US dollars in 2019 market value.

LG previously announced that 2017 will be the first year of LG appliance networking, so LG also exhibited a series of Smart Home products at this year's CES, which will continue to lead the smart home appliance market trend.

LG Chief Technology Officer (CTO) Scott Ahn stated at the press conference before the show that LG is bringing the WebOS system to the CES at this year's CES. In addition to the user-interactive user interface, users can use the touch interface in the refrigerator. On the panel to leave a message or graffiti, as well as recipe display.

LG smart refrigerator and support Amazon Alexa voice service and Amazon cooperation, users can use voice operations, they can carry out shopping.

There is also a Twinwash washing machine with dry cleaning.

In addition, LG also demonstrated SuperUHD LCD TVs and OLED TVs with a thickness of only 2.57mm.

In addition, LG introduced 4 robots, Alexa technology, home appliances using dialogue to connect home appliances, and provide a variety of information and health management of home robots LG Hubrobot, LG Hub Robotmini, LG sweeping robot Lawn Mowing Robot, and the airport The Airbot, which provides navigation and enquiry for passengers, as well as commercial robots that cleaned the airport cleansing of the airport, and weeding robots, made the LG4 robots ready to fire at the same time.